Pharming Group is a Dutch based biopharmaceutical company and one of the first publicly traded biotech companies in Europe. In 2020Q1, revenues of RUCONEST® came in at EUR 49.3 million, an increase of 40% yoy. Net profit amounted to EUR 8.4 million (+25%) with a cash position of EUR 136.1 million. We have increased our valuation for Pharming from EUR 2.0 billion to EUR 2.1 billion. This is based on a further increase of profits and revenues from RUCONEST® as well as the ongoing development of its late stage pipeline including leniolisib. We have now also put a value on other programs in clinical development like pre-eclampsia and Acute Kidney Injury (AKI). Furthermore, we expect Pompe's Disease to be in the clinic in the near future. This translates based on the fully diluted number of 742 million shares into EUR 2.84 per share.

Addex Therapeutics is a Swiss based biopharmaceutical company that is developing innovative oral therapies with a focus on neurological disorders. • In the past year, Addex Therapeutics like many pharmaceutical companies was faced with delays in several clinical programs due to the COVID-19 pandemic. With the roll out of vaccination programs and the expected approval of several more vaccines in the coming months, Addex is expected to start two clinical studies, dipraglurant Phase IIb/III PD-LID study and a Phase II for blepharospasm in 2021H1. Furthermore, Addex partner, Janssen is expected to start a Phase II for epilepsy in 2021H1. The results of the blepharospasm study are expected in 2021Q4 and results from the epilepsy study in 2022H1 followed by results of the PD-LID study in 2022Q4. The start of these 3 clinical trials are significant news events and therefore should have a positive impact on the share price. Based on our NPV based valuation, we believe that Addex remains substantially undervalued at the current share price of CHF 1.40.

ProQR Therapeutics is an innovative biopharma company that is developing RNA-based therapeutics for the treatment of severe genetic disorders such as cystic fibrosis, Leber’s congenital amaurosis Type 10 and dystrophic epidermolysis bullosa. The company’s growing pipeline is based on its proprietary technology platform of RNA technologies. Its lead program is eluforsen (formerly QR-010), which is currently in Phase IB for cystic fibrosis. Eluforsen is expected to advance into a phase II study in 2018. We believe the company will aim for a partnership with big pharma in order to focus on its programs in retinal dystrophy. QR-110 is a therapy designed to address the underlying cause of Leber’s congenital amaurosis (LCA) 10. A Phase 1b/2 trial for QR-110 was initiated in 2017Q4, and we expect initial results in 2018. Using our valuation model and taking into account a potential partnership with eluforsen and future revenues of QR-110, the company’s current total value should be USD 350-400 million, or USD 11.00-12.50 per share.

Recently, Resverlogix announced that its pivotal Phase III BETonMACE trial reached its targeted 250 MACE events with its lead product apabetalone in high risk CVD patients with Type 2 diabetes and low HDL. The primary endpoint of the BETonMACE trial is designed to show a relative risk reduction of narrowly defined MACE for patients who remain on a high-dose statin therapy and top standard of care. We have increased our valuation with the publication of topline data to be expected within 2-3 months. We believe that Resverlogix remains gravely undervalued at the current share price of CAD 4.05. We feel that the company’s potential for MACE reduction of greater than 30% is possible and as a result suggest that the current total value should be of CAD 3.5-4.6 billion, or CAD 17.50-23.07 per share. This represents a substantial upside from the current share price. 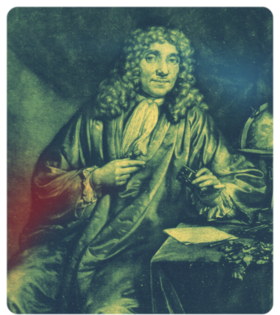 Last week, Onconova announced that it has submitted a Special Protocol Assessment (SPA) request for the FDA for its Phase III study of oral rigosertib combo with azacytidine (Vidaza) for the treatment of adults with treatment-naïve higher risk MDS. Onconova expects its dialogue with the FDA on this SPA submission to conclude in 2019H1. The results of an expanded Phase II trial of oral rigosertib combination therapy with azacitidine were presented at the 2018 ASH Annual Meeting. We have maintained our valuation on Onconova at USD 355 million. In our last update report (September 2018) we increased the potential pricing for rigosertib. The new leukemia drug Vyxeaos from Jazz Pharmaceuticals is priced annually at around USD 150,000. Therefore, we have increased the pricing for rigosertib to USD 100,000 from USD 80,000. The value per share boils down to USD 62.50 per share.

In spite of the lack of quality knowledge on an industry-wide basis, there is increased demand for life science-specific market research as investors are seeking information about leading companies in the sector in order to make well-informed investment decisions.

We are proud our firm is named after one of the founding fathers of modern biotechnology: Antonie van Leeuwenhoek. Antonie van Leeuwenhoek was a Dutch scientist that lived in the 17th century: 'The Dutch Golden Age", a period in Dutch history, roughly spanning the 17th century, in which Dutch trade, science, military, and art were among the most acclaimed in the world. He was a Dutch tradesman and scientist and is commonly known as "the Father of Microbiology", and considered to be the first microbiologist.

He is best known for his work on the improvement of the microscope and for his contributions towards the establishment of microbiology. Using his handcrafted microscopes, he was the first to observe and describe single-celled organisms, which he originally referred to as animalculs,and which are now referred to as micro organisms. He was also the first to record microscopic observations of muscle fibers, bacteria, spermatozoa, and blood flow in capillaries (small blood vessels). Leeuwenhoek did not author any books; his discoveries came to light through correspondence with the Royal Society, which published his letters.